Friday Night Fights Are Back!

Compete in a worldwide HitTrax tournament for PRIZES and BRAGGING RIGHTS!

Details: Teams can have from 1-4 players and will play in a 1 sided 6 inning or 20 minute timed game.

Teams can play as many games as they want.   HitTrax will take the top scores and place on leaderboard on hittrax.com.

Cost: There's is a cost of $30 per team which covers entry into the HitTrax tournament & as many games as you want to play during the event over the weekend.

Notes: Currently there is only a 15U and 12U bracket scheduled.  Anyone 12 and under qualify for 12U, and 15 and under for the 15U event. The event has grown and now ends Sunday, so you can play as many games as you like during the event.

Make sure you have created your account on hittrax.com! 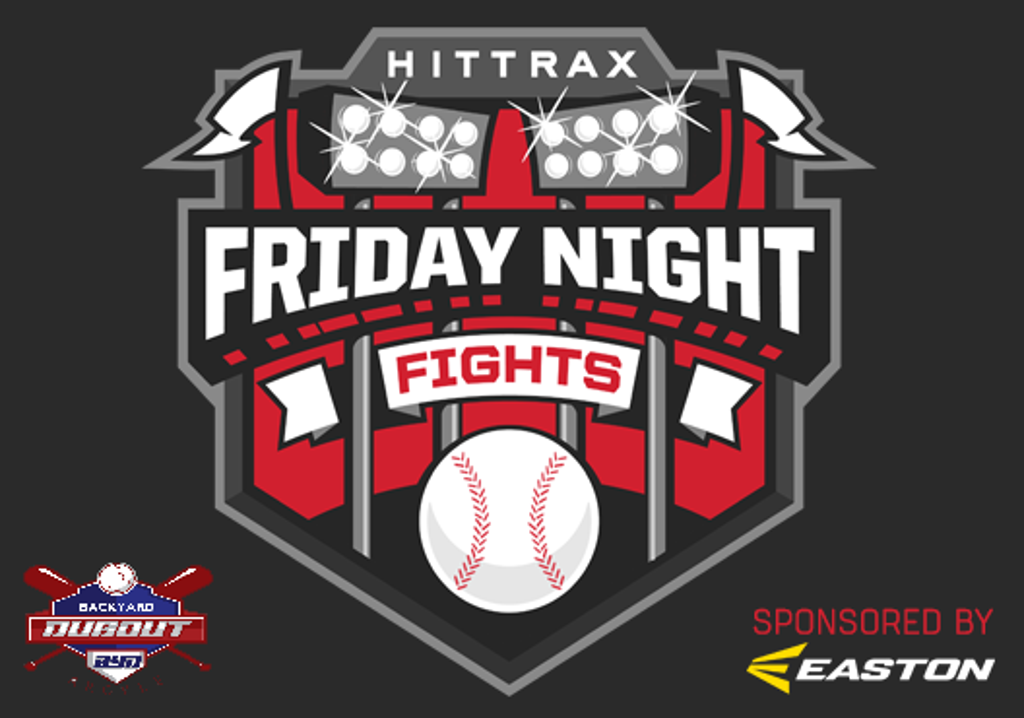 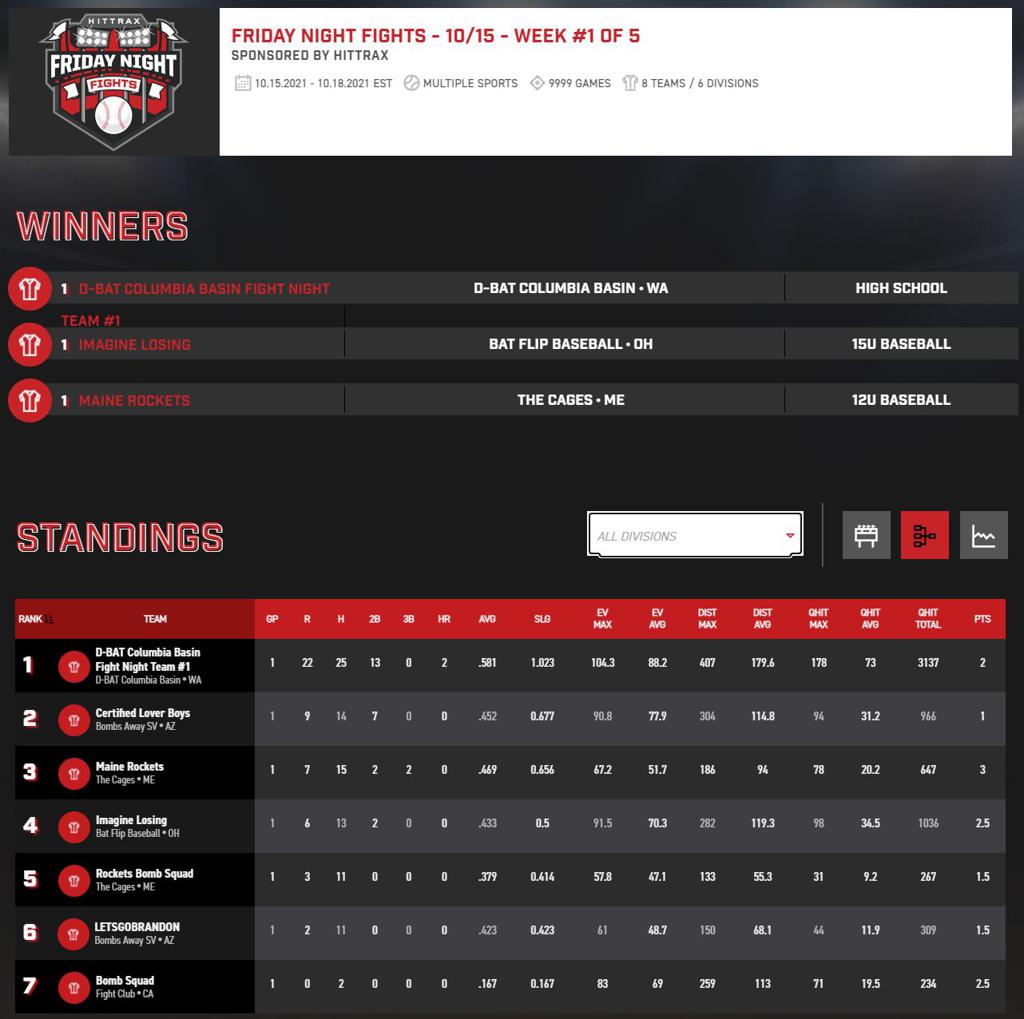 Download the HitTrax mobile app and watch all your swings and view your statistics from the convenience of your Android device.

Download the HitTrax mobile app and watch all your swings and view your statistics from the convenience of your Apple device.